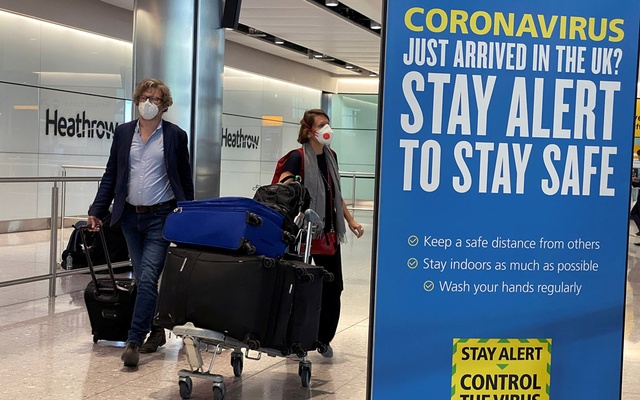 Heathrow could suffer the fate of mining areas if the government does not relax restrictions on flying, the boss of the airport has warned as he accused ministers of offering “no support at all”.

John Holland-Kaye, Heathrow chief executive, warned the threat to jobs at the airport risks the area around Heathrow risks becoming like “a mining town in the 1980s”.

He said the airport’s traffic “has been killed by quarantine” and urged the government to sign off on the COVID testing system set up at the airport.

The testing stations at Heathrow, developed by travel management services firm Collinson and ground handler Swissport, have been ready to operate a trial since July.

Holland-Kaye said: “We have seen that when people can fly, they will.

“Other countries, even Jersey, have introduced testing. We don’t understand why the government does not do similar.”

He said: “The government needs Heathrow to get the economy kick-started, but we’ve seen no support at all from the government.”

Holland-Kaye warned: “Alitalia went bust [and] that could happen in the UK. It would destroy any hope of a global Britain.”

Heathrow issued redundancy consultation notices to unions representing tens of thousands of staff on September 3 after reporting a loss of £1.1 billion for the first half of the year.

Holland-Kaye warned: “If we have large-scale redundancies that would have a similar impact to what we saw with mining towns back in the 1980s. We want to do everything we can to avoid that.”

He defended the redundancy consultation and threat to fire and rehire staff on lower pay and inferior conditions, telling the Guardian newspaper: “We have to do something and that is the least bad option.”