All UK Arrivals to Self-Isolate and Take PCR Test 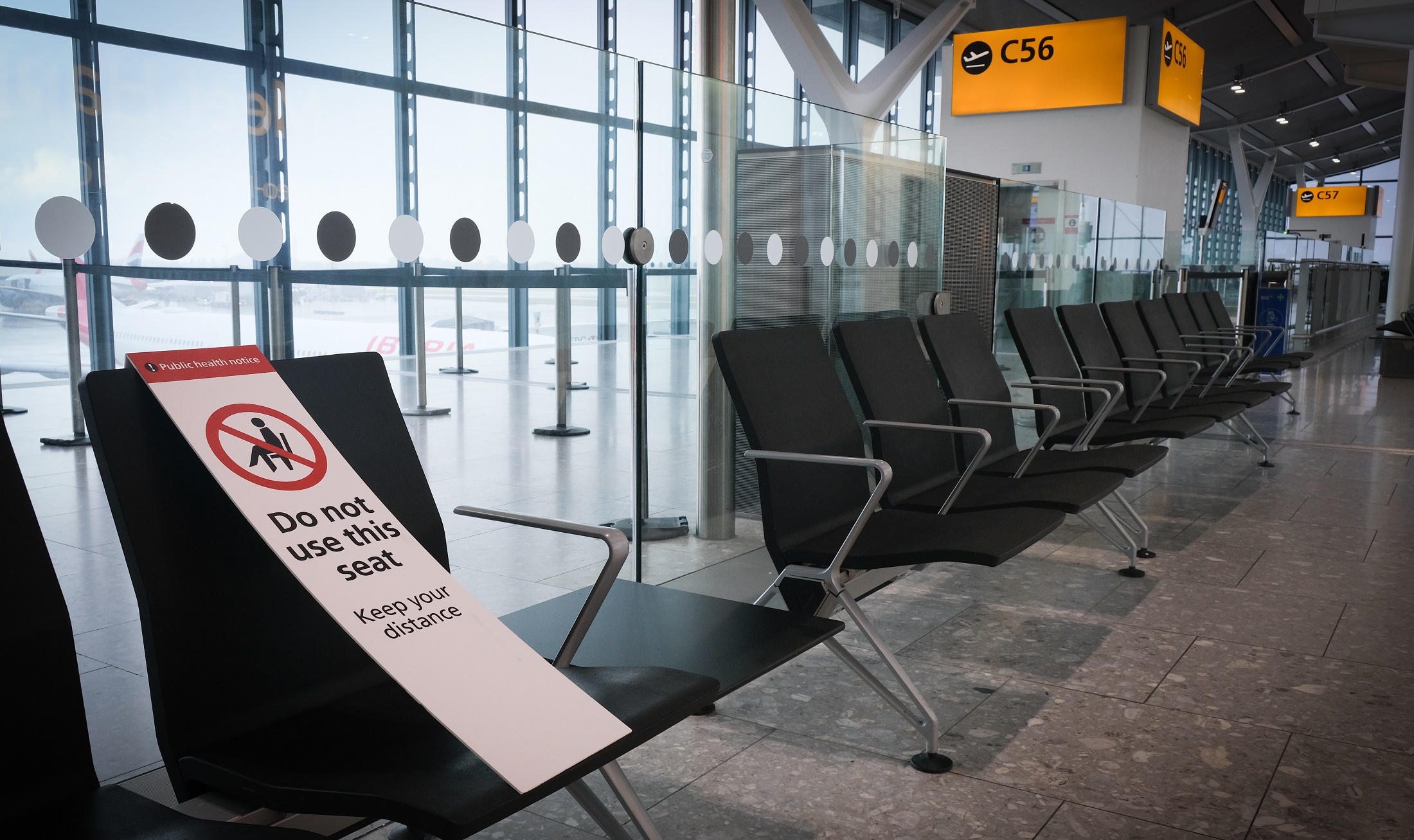 All UK Arrivals to Self-Isolate and Take PCR Test

All arrivals into the UK will be required to take a PCR test and self-isolate until they have a negative result, the Prime Minister has announced yesterday.

Boris Johnson announced the temporary measures which will be reviewed in three weeks – in a Downing Street briefing yesterday in reaction to two cases of the new Omicron variant being detected in the UK which he confirmed were linked to travel from southern Africa.

The prime minister did not specify when the PCR requirement will come into force, but the Telegraph reports it will be from Monday.

It follows four more southern African countries being added to the red list earlier today, in addition to the six added on Thursday night. The four countries added recently are Angola, Malawi, Zambia and Zimbabwe.

Johnson said, “We now need to go further and implement a proportionate testing regime for arrivals from across the whole world.

“We are not going to stop people travelling,” the prime minister stressed. “But we are going to require anyone who enters the UK to take a PCR test by the end of the second day after their arrival – and to self-isolate until they have a negative result.”

The “targeted and proportionate measures” were “precautionary” and stressed, “there are many things we just cannot know at this early stage”, he added.

But he said: “It does appear that Omicron spreads very rapidly and can be spread between people who are double vaccinated.”

And he noted a “very extensive mutation” which means “it diverges quite significantly from previous configurations of the virus” and “might in part reduce the effectiveness of our vaccines over time”.

PCR tests had been a requirement for all arrivals to the UK up until October 24, when the government allowed lateral flow antigen tests as proof of Covid status.

The more expensive PCR tests can be genomic-sequenced in order to test for variants, unlike the cheaper rapid tests. However, transport select committee chairman Huw Merriman pointed out in the summer that only about 5% of PCR tests had been sequenced.

The higher cost of the tests had put many potential holidaymakers off travelling.

Johnson thanked scientists in South Africa for sharing details of their findings of the new variant “widely and immediately”, but said the UK needed to “buy time” for scientists at home “to understand exactly what we’re dealing with”, as well as get more people vaccinated and boosted.

Boris noted “measures at the border can only ever minimise and delay the arrival of a new variant, rather than stop it all together” as he went on to announce tightened rules on the wearing of face masks in shops and on public transport. Anyone who tests positive for the Omicron variant in the UK must now self-isolate for 10 days.

There is no change for unvaccinated arrivals into the UK, the transport secretary Grant Shapps confirmed on Twitter.

He said: “These are targeted measures to provide confidence and protection, and we will review these measures in three weeks to ensure they are working effectively.”

Reacting to the news, Business Travel Association chief executive Clive Wratten said: “Public health must be a priority. However, governments from around the world are acting without taking lessons for the last two years.

“The introduction of costly PCR tests and mandatory self-isolation for all travellers until results are returned will have a significant impact on business travel. It’s urgent that international protocols are introduced without delay to save lives, save economies and save our futures.”